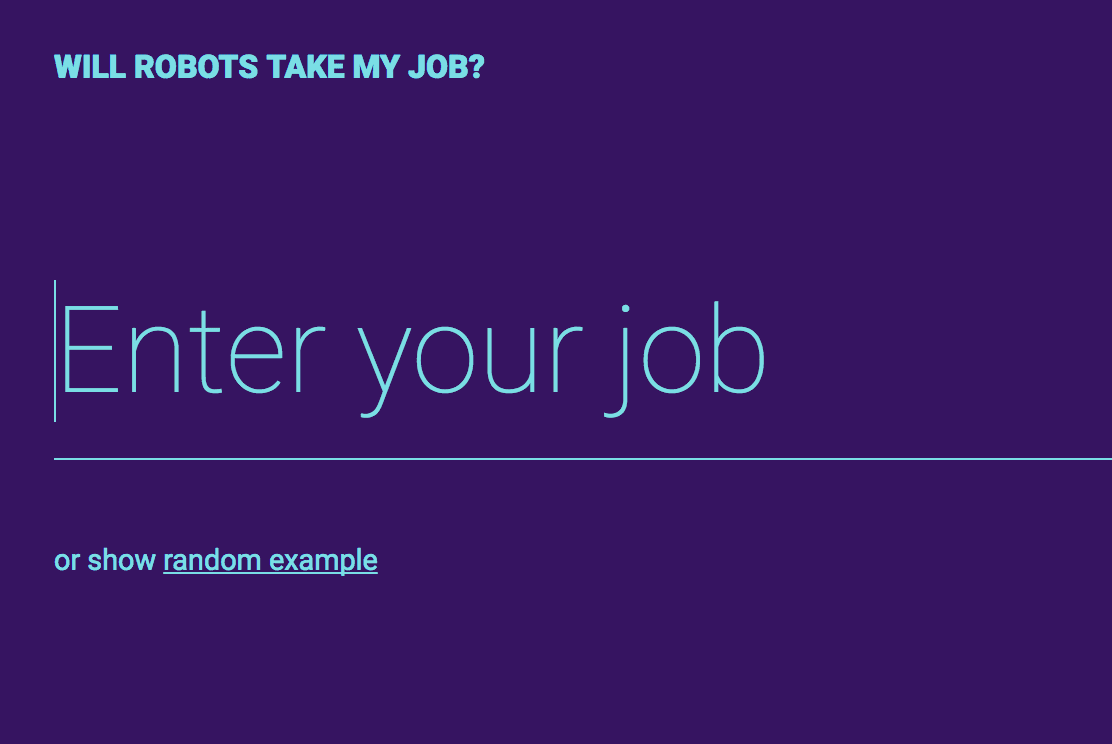 Willrobotstakemyjob.com was created by a developer and graphic designer, Mubashar Iqbal and Dimitar Raykov respectively, who’d read a paper by a pair of Oxford economists who set out to predict which jobs were most likely to be automated in the future. Iqbal and Raykov decided to make the results of the paper more accessible.

Iqbal and Raykov collected their data from “The Future of Employment: How susceptible are jobs to computerisation?” — a report published in 2013 by Oxford’s Carl Benedikt Frey and Michael A. Osborne.