Which Activities Do Smartphone Owners Prioritize on Their Devices 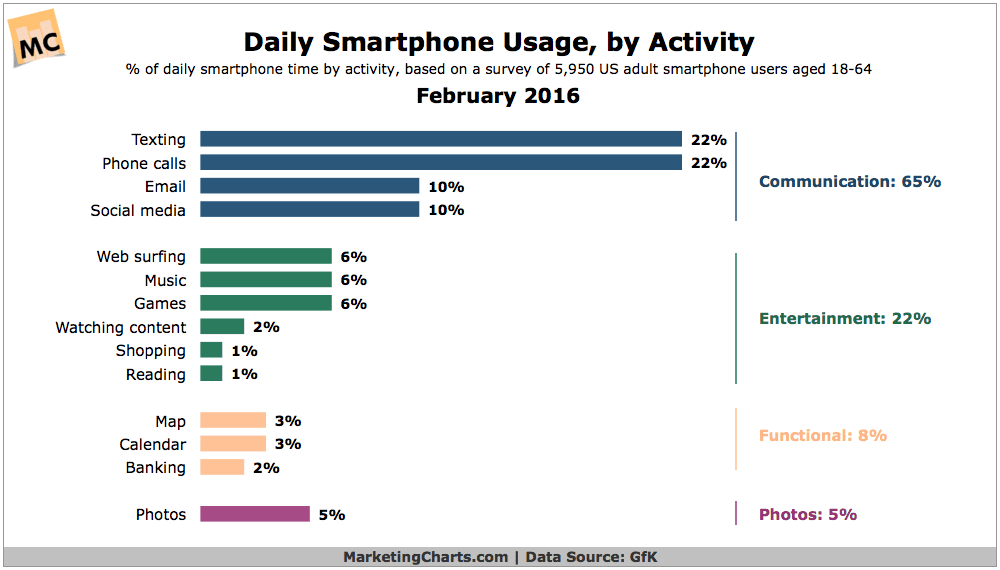 The GfK findings are interesting in light of a separate report from Fluent [download page]. In its survey of more than 5,000 adult smartphone users, email (25.5%) was the activity that the largest share of respondents said they use their smartphone for the most. Social (19.8%) and gaming (19.1%) were next on the list, with few (3.1%) tabbing voice as their most-used activity. (Texting was not an option on this survey.)

In other findings from the GfK report: